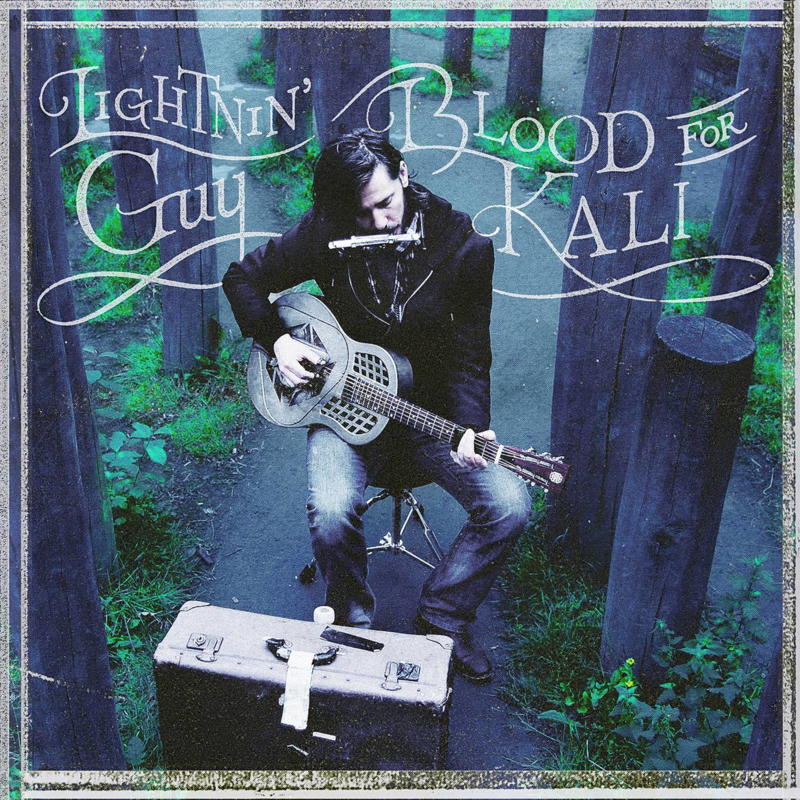 © 2012 Copyright Parsifal - Blue Sting 049
After the successful release of the CD last year & the growin’ demand for vinyl; Parsifal proudly presents the LP release of “Blood For Kali” on quality 180 grams vinyl. We all know Lightnin’ Guy as someone who likes to play it loud with his “Mighty Gators” or “Houserockers”. This album shows you his other face as he only plays on acoustic resonator & Weissenborn guitars, harps & his old suitcase as a kick drum.

© 2013 Copyright Parsifal - Blue Sting 049LP
This album is, as Lightnin’ Guy puts it: “a sacrifice for everything that already came my way & for all what’s yet to come. These songs are not only my Blood For Kali: the Hindu godmother, ruler of time, killer of demons, liberator of the ego, … But I also offer these songs to my fans; as they can only exist by the grace of people listenin’ to them. “